Davy Cowan grew up in a house where Folk music & Country & Western took centre stage - with the likes of Hank Williams, Charlie Pride, The Dubliners & Johnny Cash all regulars on the turntable. Earliest memories of musical inspiration came from the traditional Hogmanay party’s in the family home; his mother at the 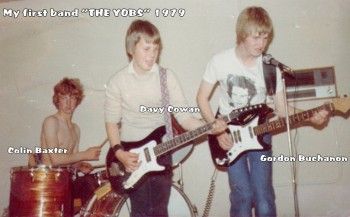 core playing the organ to a sing along session that lasted well into the next day!

Born in Dingwall in the Scottish Highlands, Davy was brought up in the nearby town of Invergordon.

He attended Invergordon Academy, and it was here that he and his friends formed their first band "The Yobs", a Punk inspired Clash/ Stranglers type outfit. They played their first gig at the school disco to an audience of enthusiastic kids & bewildered teachers on a rainy Monday evening in 1980. (Other incarnations were “The Borstal Residents” and “The Royal Family”.) 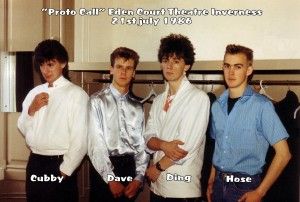 Davy played in various different bands throughout his teenage years, one of the more popular being a 4-piece band called "Proto Call". They had a ‘New Wave meets New Romantic’ thing going on, sporting the usual array of dodgy hair do’s around at the time; mullets & flat tops, etc, with shiny shirts & trench coats! In 2010 the band reunited to play a couple of nostalgic gigs and it was fantastic to hear the old songs again, as well as catch up with some of the ghosts (and groupies) from the past!

In the early 90's, Davy returned to his Folk Roots & was an original member of the Highland Celtic Rock Band COINNEACH. This became his musical quest over the next decade. 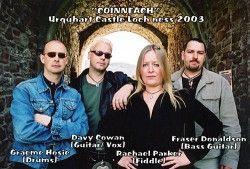 With three critically acclaimed studio albums ( Life In A Scottish Greenhouse, Ice Trees & Lullabies & Protected?)and many tours and festivals at home and abroad, Coinneach built up a solid fan base - and in the process earned themselves the reputation as one of the best Kick-Ass Celtic Rock bands on the circuit.

The band finished on a high note at the end of 2004 with a live performance at the Aberdeen Hogmanay celebration along side Deacon Blue & Hue & Cry in Union Street, Aberdeen to around 40.000 revellers.

In recent times Davy has had the pleasure of sharing the bill with some of his favourite artists including: The Levellers, The Blockheads, Miles Hunt (The Wonder Stuff), Tom Hingley (Inspiral Carpets), Hugh Cornwall, Deacon Blue & also toured with Gaelic Rockers Runrig during their “Proterra” tour.

2005 saw the release of Davy’s debut solo album “Fragile People” which showed an unpretentious and straight to the point approach to his song writing. 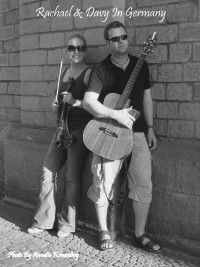 Around 2007 Davy was introduced to the ex-Alarm guitarist Dave Sharp during a gig they did together in the middle of no-where, somewhere in the Highlands to a crowd of around six people including the bar staff!!! - Sharpy was a great help to Davy during the recording of his second album “The Journey” - The two musicians also played some momentous shows together as well. 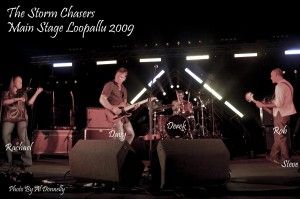 “The Storm Chasers”. The band features Robin Abbott on Bass & Derek Urquhart on drums, (both from Inverness Alt country combo “Lush Rollers”). Also Rachael Parker - ex COINNEACH fiddler, Alan Leckie (organ) and Steve Spence, another ex COINNEACH man on keyboards. Each of them bring their own subtle flavour to the brew.

The Storm Chasers draw upon a range of material featuring songs from both Davy's solo work and COINNEACH, adding a new & refreshing twist to many of the old favourites. With performances at Rock Ness, Belladrum and the Loopallu Festival the band have become firm favourites on the Highland festival trail.

2011 saw the release of Davy’s long awaited second solo album entitled “The Journey”. For this recording Davy returned to engineer Pete Rawson (“Fragile People”) at Redwood Studios, Ross-Shire. Davy was joined in the studio by his band “The Storm Chasers”, who provided some truly magical musical moments throughout the record.The album was unveiled at a launch held at The Ironworks venue in Inverness on 16th April 2011 to an army of loyal supporters young & old from as far flung as The Highlands to Germany!

2013 was another busy busy year for Davy - with the release of his album entitled 'Working man's Dream' which was produce by the legendary 'Martin Stephenson from The Daintees' & It was released on Martin's own 'Barbaraville Records'... to great critical acclaim.. at home & abroad

On the live front Davy keeps up a busy schedule - sometimes as a solo artist, sometimes with his band 'The Storm Chasers & also with his Acoustic Punk duo "Davy & The Hosebeast" He still makes frequent trips back and fore to Germany, where he built up a reliable fan base and made a lot of good friends over the years.

Davy's life long friend and drummer Graeme Hosie aka (The Hosebeast) sadly passed away in October 2016.. Davy & Hosie played many momentous shows and gigs together under their Davy & The Hosebeast Banner over the past few years, something Davy cherish's with many fond memories.. RIP Graeme Hosie. (Hosebeast) 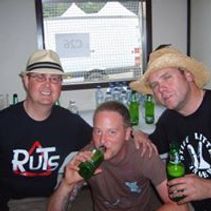 Due to  a rare Illness back in September 2016.. Hosie asked Davy's son Sam who was only 12 years old at the time to stand in at The Loopallu festival in Ullapool for him which he did with great pride.. Sadly in October that year Hosie passed away.. Davy & Sam have played many gigs together since and played at the Final Loopllu festival in 2017.. Billed as one last pogo with Davy & The Hosebeast, a tribute to the great man himself..

Over the past few years Davy & Sam have been busy gigging & touring with many Festival appearances up & down the UK.. They recently opened up for the legendary Martin Stephenson & The Daintees as well as the highland phenomena that is Peat & Diesel on some dates during their sell out tours..

This album is available on CD as well as the usual on-line streaming & download websites..

Davy & Sam were asked to join legendary Highland Folk Rock band Rhythmnreel back at the end of 2019.... Davy was delighted to be teaming up again with old Coinneach fiddler Debbie Ross & the band set about recording their new album entitled "Holding Out For Freedom" and was released in 2021..

Davy is currently busy working with RnR on material for a follow up album plus he continues to write, record & perform live as a solo artist too.. New material coming soon!

- With Davy's hard work ethic he continues to map out a positive & creative journey through our ever-changing times with his own vibrant energy & passion!